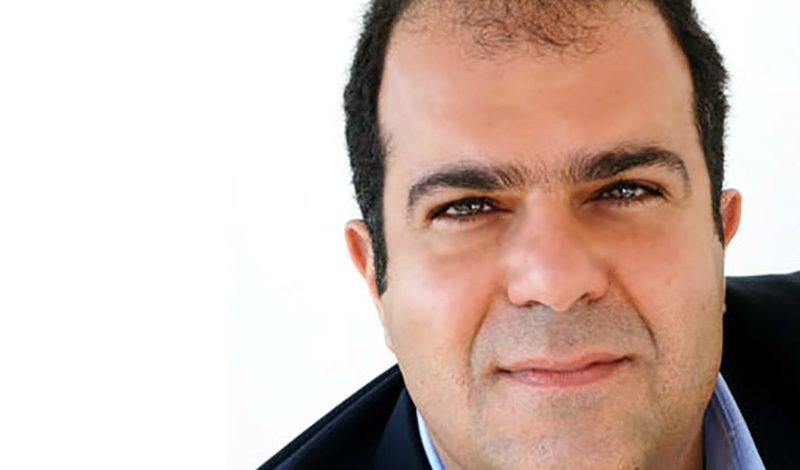 The average Brit born in 1967 has had an interesting journey in terms of the travel options open to them. The Boeing 737 twin-jet first flew 50 years ago, but it would be many years before air travel became affordable.

By 1977, charter airlines such as Laker and Britannia were extending horizons, but fares relative to earnings were still extremely high. A return trip from Gatwick to Athens typically cost £99 — about six days’ work at the average salary.

Yet by the time the maternity ward of ’67 hit their 30th birthdays, in 1997, the fare to the Greek capital had fallen. Thanks to a new airline called easyJet, they could pay as little as £78 return — or barely a day’s work for the average employee.

In 2017, you can easily find return flights from Gatwick to Athens on easyJet for £66 return (I recommend a spring escape on 25 April for a fortnight). Which will take the typical wage-earner just four hours to afford.

One man is responsible for reducing the cost of a 3,000-mile round-trip to a morning’s work: Stelios Haji-Ioannou, who today celebrates his 50th birthday.

As the son of a billionaire shipping magnate, Stelios could have become a playboy, occasionally mentioned in gossip-page dispatches. Instead, he opted to work ferociously hard to cut the cost of flying from Luton to Scotland to “the price of a pair of jeans”.

Today travellers take for granted the notions of booking direct, buying food and drink on board and fares commensurate with demand (you could pay over £500 for that Gatwick-Athens flight in high summer). But in 1995, when Stelios was just 28, the idea of cutting out the travel agent and the “free” inflight meal were revolutionary — as was the realisation that it was rational to collect just a few pounds from some passengers so long as average fares could keep the airline aloft.

From what was little more than a large shed at Luton airport, Stelios and his team built a brand and a route network (Scotland, Amsterdam, Nice, Athens …). They rented a couple of planes from GB Airways, which easyJet would later subsume, and plastered a Luton phone number on the side; initially, the only way to buy an easyJet flight was by phone.

They created an airline that would grow to eclipse local rivals such as Britannia and Monarch, and overtake British Airways in passenger numbers; last month, BA ditched complimentary catering on short-haul economy flights in order to compete more effectively with its no-frills rival.

Along the way, easyJet took on and then swallowed up BA’s first attempt to set up a low-cost rival, Go; the first Go flight was subject to a publicity hijack by Stelios leading a party of easyJet staff in orange boiler suits.

On an average day in 2017, easyJet carries more than 200,000 passengers across Europe. Which adds up to a handy pay-cheque for the founder.

Stelios and his family still control the largest stake in the airline, and every time someone buys a flight on easyJet he collects one-quarter of one per cent of the fare. On the cheapie to Athens, that’s just 16p, but if 200,000 people are spending the same each day it adds up to a useful £32,000 daily cheque for licensing the brand.

Stelios was an early adopter of the possibilities of internet sales, and drove passengers to book online by making it impossible to book a flight more than a month ahead except via the web. “The web’s favourite airline,” was the next slogan to be painted on the side of the aircraft.

The genial Greek Cypriot declined my invitation for an interview to mark his 50th birthday, which is fair enough; I declined his invitation to the launch of easyJet in 1995, wrongly presuming it would be yet another here today, gone tomorrow airline that would join a long list of failed ventures.

If online sales, cutting costs and incentivising consumers to adjust their behaviour to save cash works so well in aviation, surely it can work in other industries? That was the rationale behind other easyGroup ventures: hotels, car rental, cruise, pizza, cinema, gyms and coffee.

The organisation has eight brand values, including “relentless innovation”, “great value” and “taking on the big boys”. They don’t include “changing the world”, perhaps because Stelios already had done that before he was 30.

I have never had the good fortune to devour an easyPizza nor watch a movie at an easyCinema, because I don’t live near Milton Keynes — the test beds for these ventures. But I have stayed in an easyHotel, sailed on an easyCruise, caught an easyBus and paid a bargain £1 for a decent easyCoffee in Leicester Square, central London.
They are all just fine. But if they didn’t exist, you wouldn’t need to invent them.

And perhaps, as Stelios contemplates his first half-century, that is the nagging problem that confronts him: the man who changed the world while young has yet to find another realm to conquer.

But as he begins his sixth decade, he is seeking to help the next generation through the Stelios Philanthropic Foundation: giving cash awards to disabled entrepreneurs, and breaking down the barriers between Greek and Turkish Cypriots on the Mediterranean’s divided island.